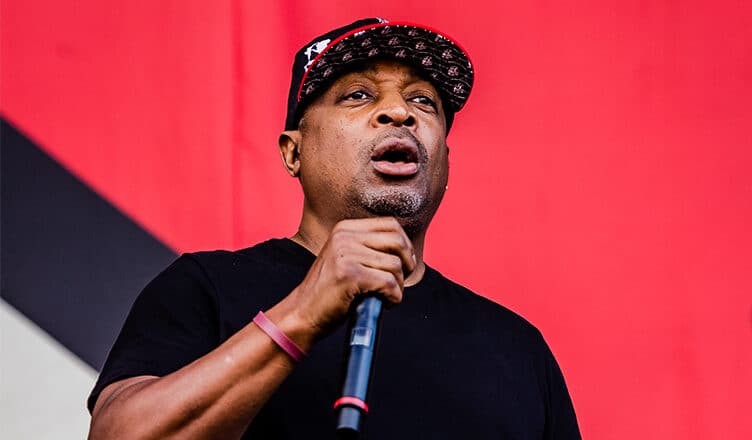 Chuck D is coming to the defense of Travis Scott following the deadly Astroworld festival and says he is “not buying the young Black man did it.”

The Public Enemy co-founder recently wrote a lengthy Instagram post that included a statement saying giant concert promoters, including Live Nation, should take responsibility for the Astroworld tragedy instead of staying quiet.

“I cannot believe we’re at the point where I gotta say this out loud: Travis Scott is a performer, an act, not a concert promoter,” Chuck D started out his post. “He doesn’t run the sound or venues or festivals or their staff. He doesn’t build stages or coordinate logistics, he’s not an expert in crowd control or security or emergency medical services.”

Related Story: 9-Year-Old Boy Dies From Injuries After Being Trampled at Astroworld Festival

“I’m tired of these corporations shucking their most crucial responsibility. These folks simply say rest in peace and move on. This negligence can’t continue. Folks want answers. I’m not buying the young Black man did it. He’s being blamed for a crime while the old white men running the corps that Travis and his fans trusted with their lives stay quiet in the shadows, counting their money and watching their stock prices go up and up.”

“Live Nation, your stock is up. The White Corporate Music Biz keeps cashing in on Black pain, trauma and death. This has to stop yesterday,” the statement said in one of its final sentences.

Scott, Live Nation, Drake and others are currently being sued by both the families of the deceased and other concertgoers who were physically or emotionally injured at the Nov. 5 concert.

Dozens of others were injured when a huge crowd pushed toward the stage as festival founder Travis Scott performed around 9:15 pm.