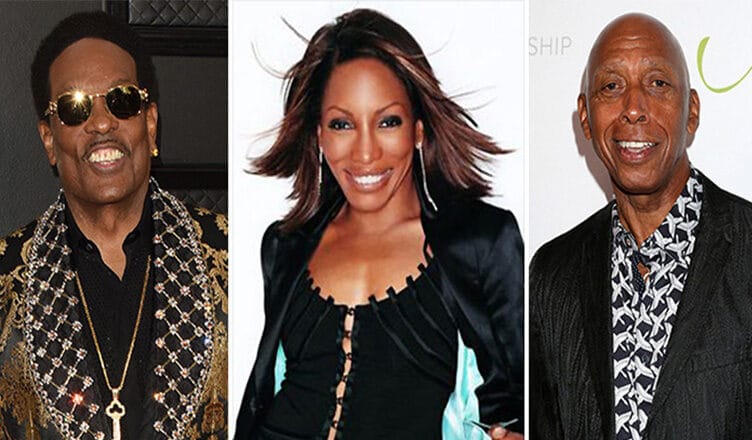 DJ Cassidy will mark the 2021 Soul Train Awards with a special edition of  “Pass the Mic” featuring music stars from the 1970s and ’80s.

[Charlie Wilson, Stephanie Mills, and Jeffrey Osborne are shown above]

“One year after partnering with BET to ‘Pass The Mic’ in celebration of Soul, I remain more honored than ever to join forces with this iconic network to celebrate my musical heroes in honor of fifty years of Soul Train,” DJ Cassidy said in a statement. “This installment of ‘DJ Cassidy’s Pass The Mic’ spotlights artists who shifted the culture and their prolific records that defined generations.”

From the turntables in his living room, Cassidy connects virtually with R&B and hip-hop performers, as they sing along to their hit songs, with each “passing the mic” to the next artist. Previous editions have featured more than one hundred superstars, including Earth Wind & Fire, Chaka Khan, Nile Rodgers, Sister Sledge, Kool & The Gang, George Clinton, New Edition, Boyz II Men, Teddy Riley, En Vogue, TLC, SWV, LL Cool, Run DMC, Public Enemy, Missy Elliot, Wyclef Jean, and many others.

The 2021 Soul Train Awards will be held at a new location — the iconic Apollo theater in New York, in honor of the show’s milestone anniversary.