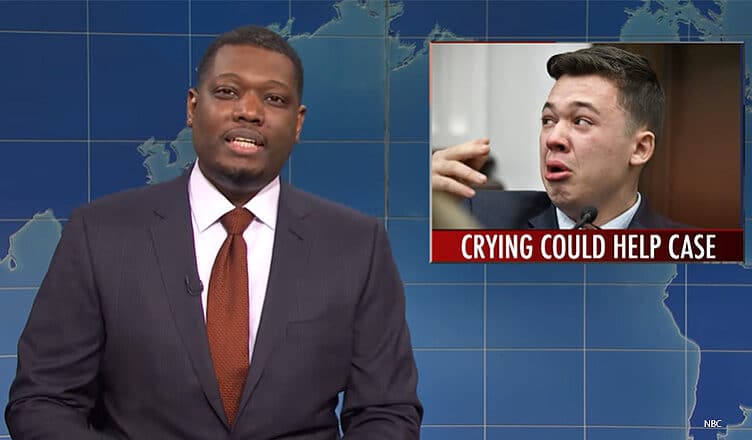 While the nation waits to find out what the jury will decide in the Kyle Rittenhouse homicide trial, Saturday Night Live took a closer look at the case and the role white privilege may ultimately play in the verdict.

Rittenhouse, 18, is on trial for shooting three people and killing two of them in August 2020 at a police brutality protest in Kenosha, Wisconsin. Last week the teen cried on the witness stand as he offered his version of what happened.

But some observers, including SNL “Weekend Update” co-anchor Michael Che, believe Rittenhouse’s dramatic testimony was a ploy to sway jurors.

“Legal experts are saying that Kyle Rittenhouse crying on the stand as he described how he shot his victims will help him with the jury,” Che said this weekend on the NBC sketch series.

Related Story: Chris Redd Walks Back Claim About Race and The Coronaviruss on ‘SNL’

The comedian then compared the accused killer to Brett Kavanaugh, who got emotional during his confirmation hearings for the U.S. Supreme Court, when asked about his alleged sexual assault decades earlier of Christine Blasey Ford.

“Man, is there a white tears law school that I don’t know about? I notice every time you get in trouble, you start crying and everything works out for you, whether you’re trying to beat a murder charge or trying to be a Supreme Court justice,” Che said.

In the Rittenhouse case, the Illinois teen went to nearby Wisconsin amid protests over the police shooting of Jacob Blake. Rittenhouse was armed with an AR-15 style rifle, and claimed he traveled to Kenosha to protect a business and to provide medical aid.

The jury in the case is almost all-white, and the white judge has been criticized for ruling prosecutors could not refer to the men who were shot as “victims.”

Watch the SNL segment on the case below. 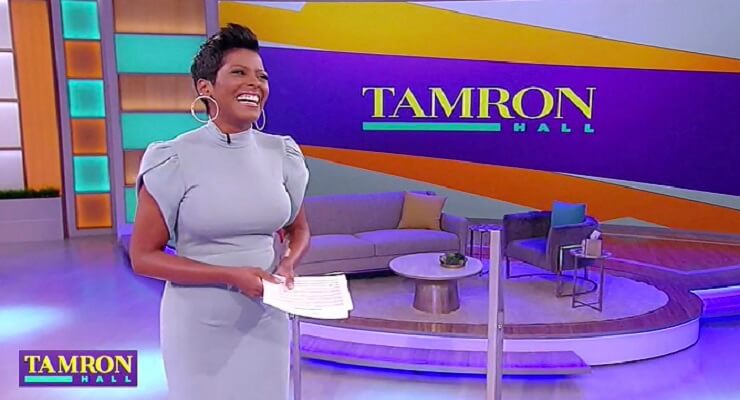 By Frances Price / November 8, 2021 / 0 Comments
Tamron Hall will be staying on the air through 2024 for seasons 4 and 5, after the ABC Television Group announced Monday the syndicated talk show has been renewed for two additional seasons. “Tamron Hall is a trusted and accomplished...