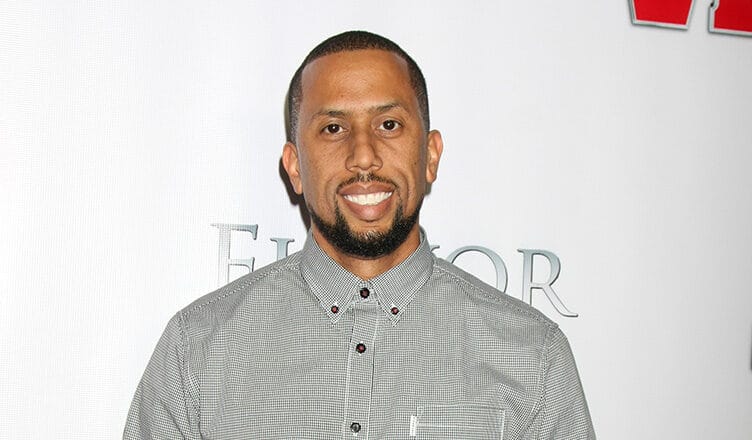 Actor and comedian Affion Crockett managed to keep his cool, despite having an angry white woman interrupt his stand-up show because she felt “insulted” by his jokes.

The encounter happened Friday night at The Comedy Zone in Jacksonville, Florida. Crockett, who is Black, posted video of the exchange on his Instagram page and called the woman a “Karen.”

“Soo tonight I had my first KAREN storm the stage like the Capitol. I can’t make this sh-t up. When I perform, I SAID WHAT I SAID. If you don’t like it, don’t come. Cancel deez nuts,” he captioned the post.

The video shows Crockett and another woman on the stage trying to reason with the heckler.

“I’m a woman,” the heckler replied.

“We know you’re a woman. We can tell,” Crockett fired back. The woman then told the comedian, “You insulted a lot of people tonight.”

Crockett’s acting credits include Black-ish, Superstore and A Black Lady Sketch Show. His fans in the audience appeared stunned by the lady’s behavior and began to boo her.

Many Hollywood insiders agreed the lady was out of line and rallied behind Crockett on social media.

“Wayment… did she ask to speak to the manager of your comedy set? Who does that? Ol’ girl climbed on your stage to tell you she didn’t like what you said during YOUR show? A show she could’ve just walked out of if she was that displeased?! It’s the malignant entitlement for me,” added actress, comedian, and writer Yvette Nicole Brown replied to the post.

“Wow!! She didn’t know you do karate!!!” Cedric the Entertainer quipped.

Actress Sharon Stone added, “I so don’t understand WHY anyone comes to anyone’s show and then complains about the content. DONT COME . You’re coming is arbitrary : the art is not about YOU , it’s about the ARTIST ; if YOU DONT LIKE IT : GO HOME . it’s ENTERTAIMENT not your ideaS ? DUH.”