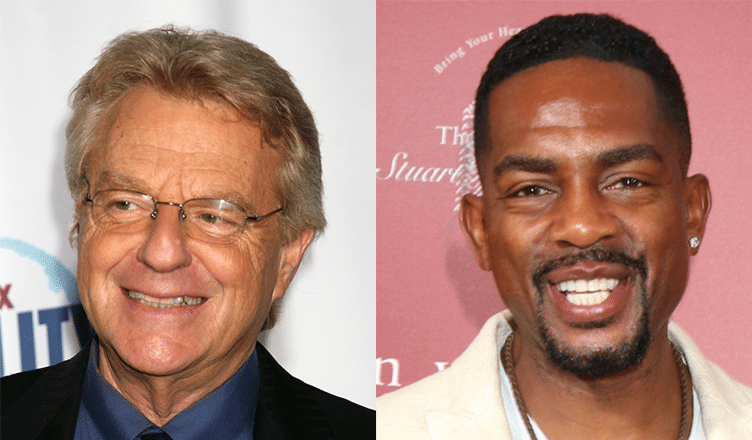 The Wendy Williams Show has tapped a new round of guest hosts after the daytime diva delayed her return to the set again.

The show announced the new lineup of all-male hosts Wednesday on its official Instagram page. The latest group of fill-in hosts includes actor and comedian Michael Rapaport (True Romance), who will host the show from Nov. 8 – Nov. 12.  Actor and comedian Bill Bellamy (The Bounce Back) will take over hosting duties from Tuesday, Nov. 16 to Wednesday, Nov. 17, and trash TV icon Jerry Springer will tag team with fellow daytime host Steve Wilkos from Thursday, Nov. 18 to Friday, Nov. 19.

Springer also shared the news with his Instagram followers and captioned the post: “HOW YOU DOIN? I’m filling in for @wendyshow on November 18-19th with @thestevewilkosshow! #wendywilliams”

The Wrap reports ratings for The Wendy Williams Show actually went up 33% in household ratings the week ending Oct. 24, with the help of previous guest host Leah Remini. The King of Queens actress filled in for four days that week, while the premiere episode on Oct. 18 was hosted by a panel that included Bevy Smith, Michael Yo; Devyn Simone; and Elizabeth Wagmeister.

It could also be that the buzz surrounding Williams not returning to her purple chair for the show’s 13th season also brought in viewers.

As previously reported, the premiere date for the new season was pushed back several times due to Williams contracting a breakthrough case of COVID-19 in September, and complications from her previous diagnosis of Graves’ Disease.