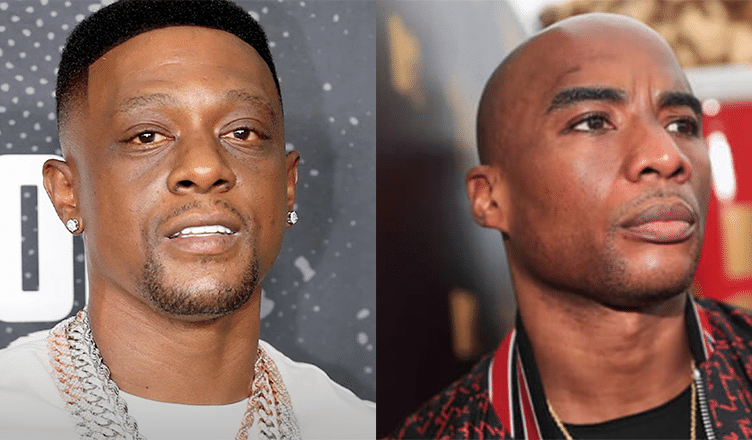 Boosie Badazz is duking it out with The Breakfast Club’s Charlamagne tha God over homophobia in the hip-hop industry.

The “Betrayed” artist called out the radio host and his guests for an interview uploaded Tuesday to The Breakfast Club’s Instagram page.

“They still got my name n they mouth bout that gay sh-t lol. @cthagod u part of the problem keep egging these people on your show with this bro. U using your platform to support Nasxn his antics (I see what side u on [rainbow emoji]) he said f–k y’all kids smh dummies,” Boosie tweeted Tuesday.

In the interview, influencer TS Madison says there are people in the hip-hop community who have a problem with the LGBTQ+ community.

“Like Boosie, n—a, what are you bothered with Lil Nas X for? What’s the problem?”, Madison asked Charlamagne and Angela Yee.

“My thing is, when he said that he’s a detriment like to kids, and we need to worry about the kids and all this stuff, I’m like, ‘But you the same man who had a grown woman perform fe–atio on your young son,” Madison continued.

“Yeah I love hip-hop, and I love all the street rappers, but you know, none of them have the right to say Lil Nas X is a detriment to kids,” Charlamagne added.

On Wednesday, the radio host uploaded a clip from the show in which he responded to Boosie’s tweet. “I’m on the side of Blackness, first and foremost, I’m gonna send Boosie healing energy,” he said.

“I don’t even know what I got to do with it,” he continued.

Watch the video below to see Charlamagne tha God’s reaction: