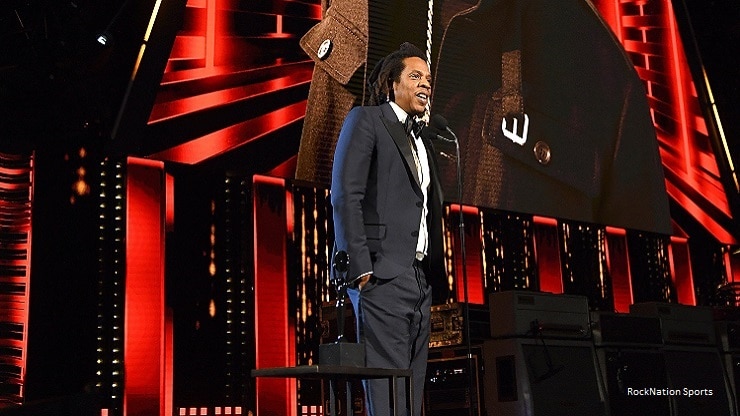 During his acceptance speech, Jay-Z mentioned the trailblazers who influenced him along the way.

“When thinking about what I was going to say tonight, these heroes just kept coming to my mind: Rakim and Big Daddy Kane and KRS-One and Chuck D, and, of course, a fellow inductee, LL Cool J,” he said, according to a transcript from Revolt TV.

The “99 Problems” rapper also mentioned his mother, his sister, and Roc-A-Fella Records co-founder Damon Dash. “I know we don’t always see eye-to-eye but I can never erase your accomplishments and I appreciate you,” Jay-Z said about Dash.

At one point, the “Big Pimpin'” rapper got emotional and held back tears. “Y’all trying to make me cry in front of all these white people!” he said.

Other tributes came from Obama and Dave Chappelle, who joked about the controversy surrounding his Netflix special The Closer.

“I would like to apologize,” Chappelle said to laughter, before striking a more serious tone about Jay-Z. “You embody Black excellence, how great we can be.”

LL Cool J was also among the 2021 inductees. During his speech, he mentioned being rejected by Hall of Fame voters multiple times.