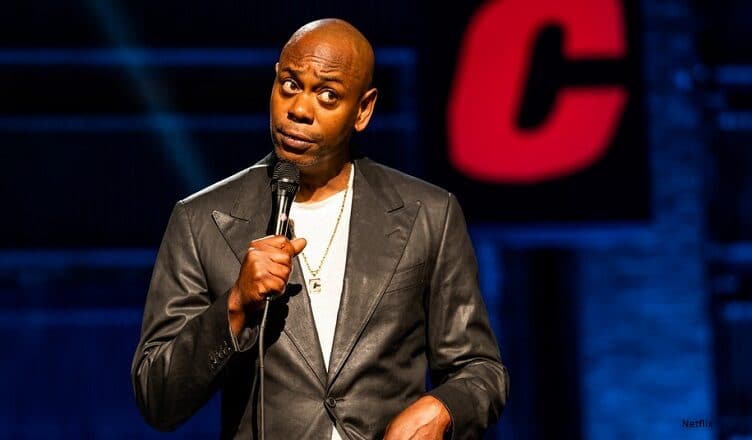 Dave Chappelle has responded to the growing controversy over his comments about the LGBTQ community in Netflix special The Closer.

The comedian uploaded a 5-minute video to his Instagram page Monday, and addressed last week’s walkout by frustrated Netflix employees and their supporters at the streamer’s offices in Los Angeles.

Chappelle denied claims made by activists at the walkout that he refused to meet with Netflix’s transgender staffers about the special.

“It’s been said in the press that I was invited to speak to the transgender employees of Netflix and I refused. That is not true — if they had invited me I would have accepted it, although I am confused about what we would be speaking about,” he said in the video recorded at a live show in Nashville.

[Watch the video below]

The comedian sparked anger, particularly among the transgender community, when the special began streaming on Oct. 5.

The backlash was immediate.

“I said what I said, and boy, I heard what you said. My God, how could I not?” he said from the stage in Nashville. “You said you wanted a safe working environment at Netflix. Well, it seems like I’m the only one that can’t go to the office anymore.”

The 48-year-old performer insisted he has no ill will toward the LGBTQ community.

“Do not blame the LGBTQ community for any of this sh-t. This has nothing to do with them, it’s about corporate interests and what I can say, and what I cannot say,” he said. “For the record, and I need you to know this, everyone I know from that community has been nothing but loving and supportive, so I don’t know what all this nonsense is about.”

Chappelle went on to talk about how fallout from The Closer has affected the rollout of the documentary he made in the summer of 2020, in which he performed comedy shows in his neighbor’s cornfield.

The movie known as Untitled is directed by Academy Award-winning documentary filmmakers Steve Bognar and Julia Reichert (American Factory). But Chappelle said some film festivals have dropped the documentary amid the controversy. Although he thanked Netflix co-CEO Ted Sarandos for continuing to support him.

Before ending his set and dropping the mic, Chappelle told the transgender community, “I am more than willing to give you an audience, but you will not summon me.”

“I am not bending to anybody’s demands,” he said as the crowd cheered. “And if you want to meet with me, I’d be more than willing to but I have some conditions.”

Chappelle said each person at the meeting needs to watch The Closer from beginning to end, he will pick the time and place, and “thirdly, you must admit, that Hannah Gadsby is not funny.”

Gadsby, an Emmy-winning comedian, put Chappelle on blast for his comedy routine a few weeks ago.