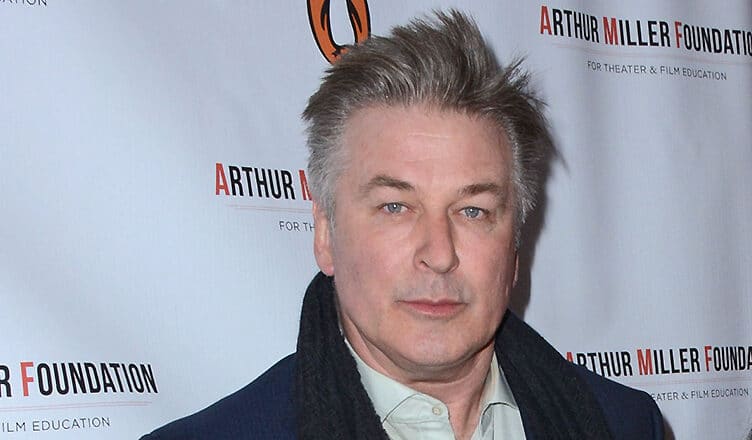 An investigation is underway after Alec Baldwin discharged a “prop firearm” Thursday on the set of the film Rust, killing a cinematographer and wounding the director outside Santa Fe, New Mexico, authorities said.

Director of photography Halyna Hutchins, 42, was airlifted to the University of New Mexico Hospital, where she was pronounced dead, the Santa Fe County Sheriff’s Office said in a statement obtained by Urban Hollywood 411.

Director Joel Souza, 48, was transported by ambulance to Christus St. Vincent’s Regional Medical Center. He was treated and released, according to published reports.

“Witnesses continue to be interviewed by detectives,” the sheriff’s office said about the shooting. No charges have been filed.

A distraught Baldwin, 63, was seen in tears outside the sheriff’s office, the Santa Fe New Mexican reported. The actor leads the cast of the film and is a producer.

Rust is described on IMDb as the story of “a 13 year-old boy, left to fend for himself and his younger brother following the death of their parents in 1880s Kansas.”

The production company behind the movie, Rust Movie Productions LLC, issued a statement saying production had been halted on the Western in the wake of the tragedy.

“The entire cast and crew has been absolutely devastated by today’s tragedy, and we send our deepest condolences to Halyna’s family and loved ones,” the company said. “We have halted production on the film for an undetermined period of time and are fully cooperating with the Santa Fe Police Department’s investigation. We will be providing counseling services to everyone connected to the film as we work to process this awful event.”

“We are devastated by this tragic news. Our hearts go out to the family of Director of Photography Halyna Hutchins who has passed away, and to Director Joel Souza who is injured and hospitalized,” the statement said. “This is still an active investigation and we do not yet have all the facts. We will continue to work with production, the other unions, and the authorities to investigate this incident and to understand how to prevent such a thing from happening again.”