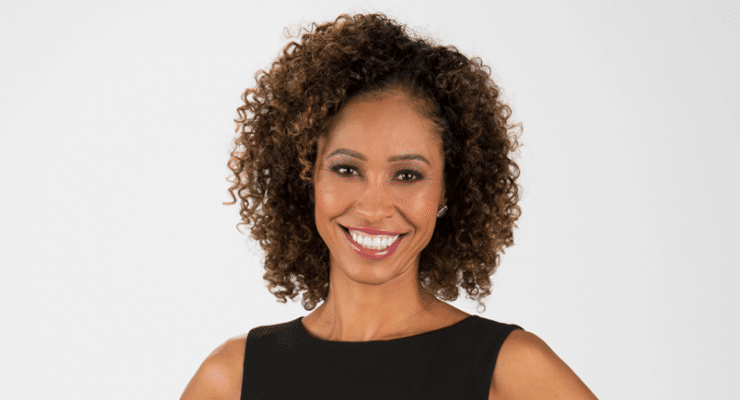 ESPN anchor Sage Steele is off the air after testing positive for COVID-19 and criticizing the network’s vaccine mandate during a podcast interview with retired NFL quarterback Jay Cutler.

Steele raised eyebrows when she appeared on “Uncut With Jay Cutler” last week, and bashed ESPN’s vaccine policy. She wore a bandage on her arm in the interview, and said getting the vaccine made her uncomfortable.

“I respect everyone’s decision, I really do. But to mandate it is sick and scary to me in many ways,” she told Cutler.

Steele, who is African American and Irish/Italian, also made controversial comments about former President Barack Obama’s race, as well as talked about the way some female sports journalists dress when interviewing male athletes.

Despite growing anger over the SportsCenter co-anchors comments, ESPN defended her right to express her opinions.

“At ESPN, we embrace different points of view — dialogue and discussion makes this place great,” the network said in a statement provided to The Wrap. “That said, we expect that those points of view be expressed respectfully, in a manner consistent with our values, and in line with our internal policies.”

“I know my recent comments created controversy for the company, and I apologize. We are in the midst of an extremely challenging time that impacts all of us, and it’s more critical than ever that we communicate constructively and thoughtfully,” she said.

Front Office Sports reports she’ll be off the air for at least a week and will not appear at the espnW: Women + Sports Summit from Oct. 18-20.

Some social media users questioned why the 48-year-old sportscaster was given a pass when ESPN seemed to take a different approach with former SportsCenter anchor Jemele Hill after she expressed her political views on Twitter while working for the network.

Hill tweeted her thoughts Sunday about the Steele saga: “So on top of thinking former President Obama shouldn’t identify as Black because he didn’t have a relationship with his Black father, Sage Steele also thinks female journalists who dress a certain way ‘know what you’re doing when you’re putting that outfit on.’ Clown behavior.”

There has been no official announcement from either ESPN or Steele on when she will come back on SportsCenter.

Watch Steele’s interview with Cutler below: