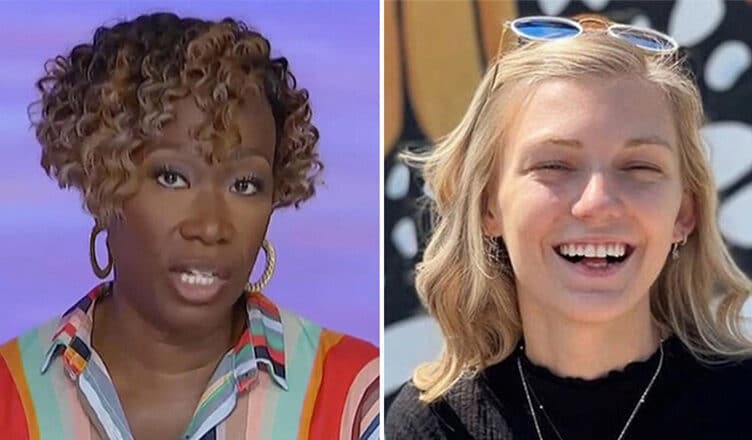 MSNBC host Joy Reid called out the inequities between the media’s intense coverage on the disappearance of Gabby Petito compared to missing women of color.

Reid referenced the term “missing white woman syndrome” Monday on her show The Reid Out.

“The way this story captivated the nation has many wondering, why not the same media attention when people of color go missing?” Reid asked.

“‘Missing white woman syndrome’ a term coined by the late and great Gwen Ifill to describe the media and public fascination with missing white women like Laci Peterson or Natalee Holloway, while ignoring cases of missing people of color,” the cable television host continued.

Later in the segment, Reid noted that missing indigenous people do not receive the same level of media attention as white women who have gone missing. While many people praised the MSNBC host for her comments, others disagreed.

Twitter user @DeandaSharone wrote: “When our society discusses missing persons, the BIPOC community is almost always left off the victims list. Black and Indigenous women and men are unnoticed by news sites. Their cases rarely solved. Joy Reid is changing this narrative.”

Writer @oliviariggio97 tweeted: “Corporate media is DESIGNED to ignore certain stories while bolstering others and then has the audacity to accuse people like Joy Reid of “dismissing” the tragedy of Gabby Petito’s case when they call that out. It’s an ongoing cycle.”

Some conservative writers and pundits immediately went after Reid.

Mike Cernovich tweeted: “Joy Reid has her own show. She is part of ‘Missing White Woman Syndrome’ culture. How many times has she highlight missing and exploited Black women or modern day human sex trafficking?”

Breitbart News reporter @ARmastrangelo added on Twitter: “Gabby Petito was killed and Joy Reid makes it all about race by shaming the entire nation for having so-called “Missing White Woman Syndrome.” Just goes to show that you can never escape being accused of white privilege, even after you’re dead.”

“No one is looking for us.” With all the coverage on the Gabby Petito case, Joy Reid calls out the media’s obsession with missing white women, and calls it “missing white woman syndrome”. pic.twitter.com/FPbA3bHjNq

On Tuesday, the FBI revealed that autopsy results confirmed the body a found over the weekend at the Bridger-Teton National Forest was Petito.

The search for her fiancé, Brian Laundrie, is now intensifying CNN reports.