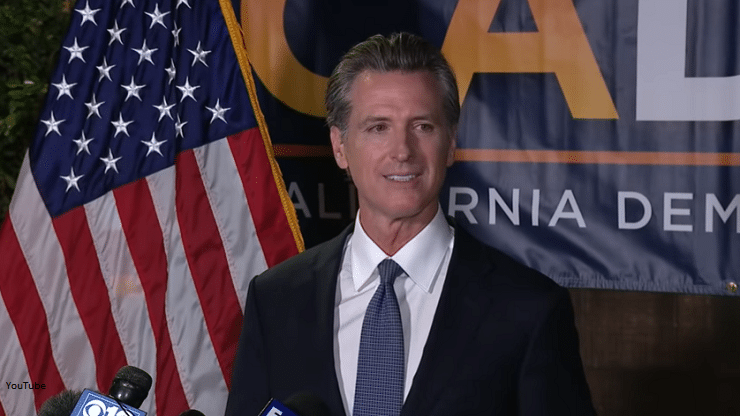 With over 70 percent of early ballots counted Tuesday night, Newsom easily defeated the effort to end his time in the governor’s mansion. As the votes rolled in, more than 65 percent went in the “no” to the recall column. About 35 percent of voters said “yes,” Newsom should go.

The ballot contained only two questions: Should Newsom be recalled? If so, which of the 46 candidates on the ballot should replace him?

After the polls closed at 8 p.m., Newsom stepped in front of the cameras to declare victory.

“‘No’ is not the only thing that was expressed tonight,” the Democratic governor said. “I want to focus on what we said ‘yes’ to as a state: We said yes to science, we said yes to vaccines, we said yes to ending this pandemic.”

Elder, who is Black, has argued the descendants of slave owners should get reparations because their families lost “legal property” after the Civil War. He said he would roll back COVID-19 vaccination mandates, and he called Roe vs. Wade “one of the worst decisions that the Supreme Court ever handed down.”

I guess California just doesn't want to listen to its Elder.

Actor and filmmaker Rob Reiner added on Twitter: “California, we did it!!!”

California, we did it!!!

Actress Sherri Shepherd wrote on Twitter: “Thank You #California Voters for voting NO on the recall! Governor Gavin Newsom has survived!”

Thank You #California Voters for voting NO on the recall! Governor Gavin Newsom has survived! #GavinNewsom https://t.co/E4cCBT5svg