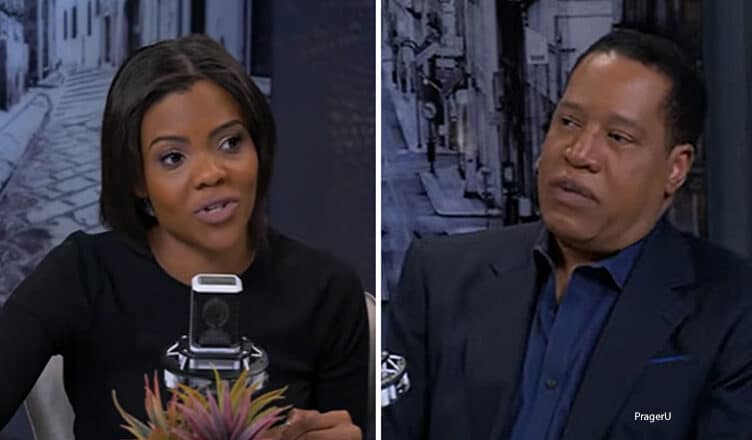 Just ahead of the California gubernatorial recall election, a controversial interview with Larry Elder is recirculating on the internet.

The leading GOP candidate looking to replace democratic Gov. Gavin Newsom spoke with conservative political commentator Candace Owens in 2019 on her YouTube show, and discussed giving reparations to the families of slave owners in addition to the descendants of slaves.

In an episode of Prager University’s “The Candace Owens Show,” Elder said: “When people talk about reparations, do they really want to have that conversation? Like it or not, slavery was legal.”

He went on to argue if reparations go to Black people, the relatives of slave owners should be compensated as well.

The conversation began when Owens mentioned that the U.S. was one of the first countries to ban the slave trade.

“The U.K. was ahead of us — they were. Did you know the slave owners were compensated? After they lost their ‘property’ the government compensated slave owners,” Elder said.

After several Twitter accounts recirculated a clip from the interview this past Friday, social media users came for the 69-year-old politician, attorney and host of the “The Larry Elder Show.”

Bishop Talbert Swan tweeted: “I guess it doesn’t matter to him that the so-called property were people, our ancestors.”

@AmoneyResists wrote on Twitter: “This has to be one of the most excruciatingly WRONG takes I’ve ever heard in my life. Please, California #VoteNoOnTheRecall.”