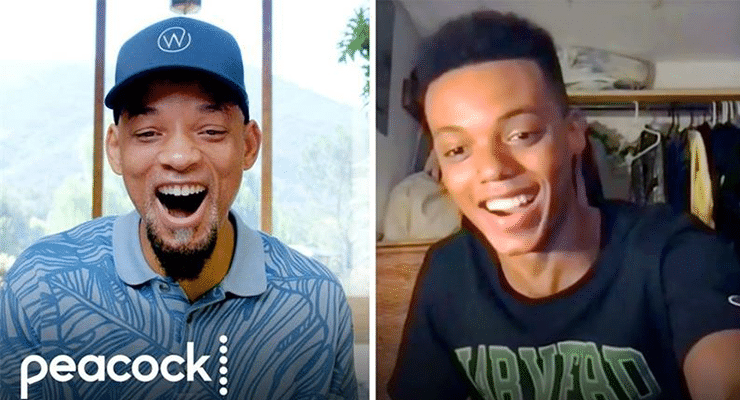 Peacock’s upcoming Fresh Prince of Bel-Air reboot has found the actor who will take on the iconic role of Will.

The announcement came after original star Will Smith — who is also from Philadelphia — surprised the newcomer with a video call saying he had landed the role.

“It is an absolute pleasure to meet you, to be on with you and from the deepest parts of my heart I want to say congratulations to you. You have the role of Will on Bel-Air,” Smith said in the video uploaded to his Instagram account.

Banks reacted in disbelief before saying, “I’m ready, I’m so ready. Yo, I’m ready to bite down.”

The University of the Arts Philadelphia graduate will be the lead of the reimagined, one-hour dramatic version of the hit 1990s sitcom.

As previously reported, Bel-Air is not considered a reboot but a modern-day dramatic take on the original series, which ended its six-season run in 1996.

Bel-Air will dive deeper into inherent conflicts, emotions and biases as Will moves from West Philadelphia to the affluent enclave of Bel-Air in Los Angeles.

The reimagined drama came as a result of a viral trailer uploaded to YouTube in 2019, by cinematographer Morgan
Cooper in which the Fresh Prince gets a grittier backstory set in the present day.

Peacock has ordered two seasons of the series and will announce the premiere date later date.