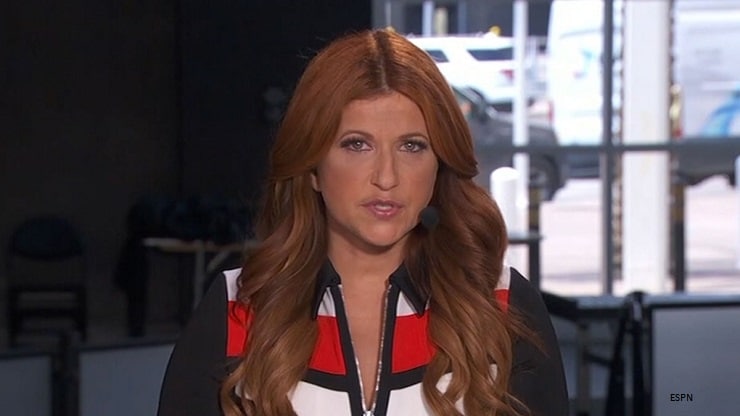 ESPN has pulled the plug on Rachel Nichols’ show The Jump and removed her from the network’s NBA coverage.

Nichols posted a goodbye message on her social media accounts Wednesday, after the move was first reported by Sports Business Journal.

The reporter and host uploaded a photo of herself on The Jump anchor desk with the caption: “Got to create a whole show and spend five years hanging out with some of my favorite people talking about one of my favorite things. An eternal thank you to our amazing producers & crew – ‘The Jump’ was never built to last forever but it sure was fun. More to come…”

“We mutually agreed that this approach regarding our NBA coverage was best for all concerned,” David Roberts, ESPN’s senior vice president of production, said in a statement Wednesday. “Rachel is an excellent reporter, host and journalist, and we thank her for her many contributions to our NBA content.”

The move comes a little over a month after the New York Times published a July 4 story, in which leaked audio revealed Nichols saying she believed former ESPN anchor Maria Taylor, who is Black, received a promotion at the sports network because of her race.

Nichols made her controversial comments last year during her time in the NBA bubble while she was speaking to LeBron James’ public relations adviser Adam Mendelsohn. Nichols is believed to have accidentally recorded the audio while her camera was connected to a company server allowing her to report live from the bubble.

In addition to finding a show to take The Jump’s place, ESPN will also need to find a replacement for Taylor, who left ESPN for NBC, and was the former host of NBA Countdown.