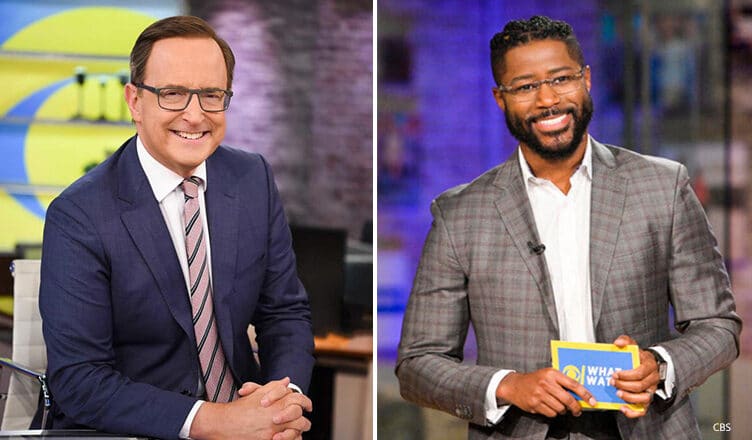 CBS This Morning viewers are taking to social media to sound off about the show’s decision to replace veteran journalist Anthony Mason with former NFL player Nate Burleson on the anchor desk.

Earlier this week, the network announced Burleson would be joining its morning news team this fall. Mason will move to a new role as a cultural correspondent, after anchoring the morning broadcast with Gayle King and Tony Dokoupil.

Mason joined CBS News in 1986, according to his bio on the CBS website. He previously worked as the network’s chief Moscow correspondent, co-hosted CBS This Morning: Saturday, and served as interim anchor of the CBS Evening News. Mason moved to weekday mornings in 2019, when Norah O’Donnell and John Dickerson left CBS This Morning.

JUST ANNOUNCED: @NateBurleson has been named co-host of @CBSThisMorning, joining @GayleKing and @TonyDokoupil at the table beginning in September. https://t.co/iGL2pE7gmA

A tweet from the show announcing Burleson would be coming on board garnered over 900 likes. But more than 135 people took the time to reply and the majority were not happy.

“So don’t pretend to be news anymore…Anthony gave you journalistic credibility…nothing against Nate but this is a horrible mistake. Just call yourselves Entertainment A.M.,” wrote Twitter user @LissaBurnettl14.

“Damn! @AnthonyMasonCBS is the best interviewer on the show…. that is when he’s not being interrupted by @GayleKing asking the most mundane question. Oh well, in 18 months they’ll revamp the team again. Good luck @nateburleson!” @ken4theppl chimed in.

Added @JPSzczepanski: “Nothing personal to Nate – he was great as a guest- I just hate seeing a NEWS show replacing a journalist with an entertainer. There are fewer and fewer journalists on news programs. I hope to see @AnthonyMasonCBS continue his stellar career.”

“This does not sit well with me @AnthonyMasonCBS was the heart of @cbsthismorning, whether it was Saturday or weekdays…” tweeted @the_real_bfth.

CBS This Morning consistently trails its competitors in the ratings, but the show is frequently praised for its hard-hitting interviews about politics, international affairs and Gayle King’s sit-down with R. Kelly over sexual abuse allegations against the R&B singer.

Burleson will bring a sports and entertainment background to the program. His most recent on-air jobs have been as an anchor on the NFL Network’s Good Morning Football and as a correspondent at Extra, after joining the syndicated entertainment news show in 2019.