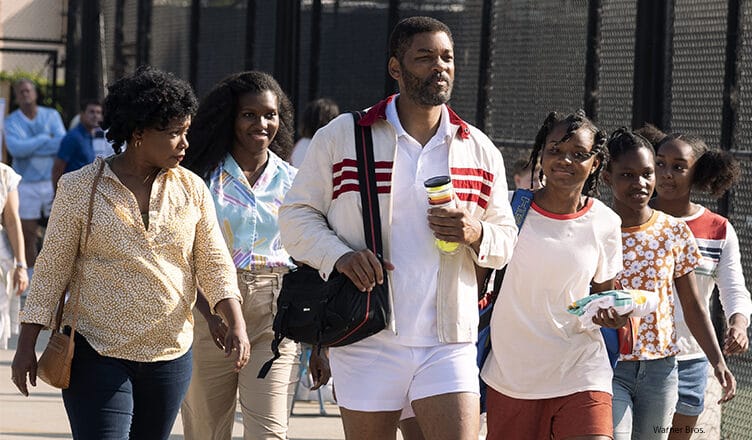 The first trailer for King Richard dropped Wednesday, revealing two and a half minutes of tears, inspirational moments and determination.

Will Smith leads the cast as Richard Williams, the father of Venus and Serena Williams. The film follows Richard’s meticulous training and planning to help Venus (Saniyya Sidney) and Serena (Demi Singleton) become two of the best tennis players in the world.

“I wrote me a 78-page plan for their whole career before they were even born,” Smith’s character says while practicing on a tennis court.

Richard has several memorable and empowering quotes in the trailer, including proving doubters wrong and reminding his daughters, who grew up in Compton, that they are beacons of change.

Aunjanue Ellis, Tony Goldwyn, Dylan McDermott round out the main cast. The film is directed by Monsters and Men’s Reinaldo Marcus Green.

As previously reported, Warner Bros. beat out multiple studios to acquire the film. King Richard arrives in theaters on Nov. 19 and will be available to stream on HBO Max.

Watch the trailer for King Richard below: