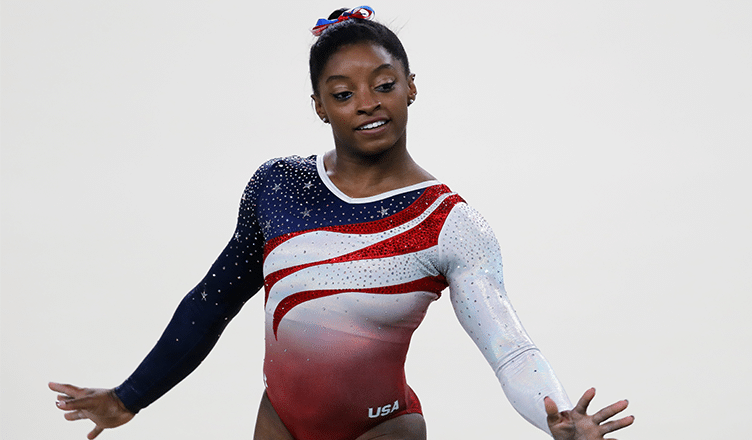 Simone Biles withdrew from the gymnastics team final at the Tokyo Olympics on Tuesday saying she wasn’t in the right place mentally.

The most decorated gymnast in the world spoke with Today’s Hoda Kotb about her decision after exiting the competition.

“Physically, I feel good, I’m in shape,” Biles said. “Emotionally, that kind of varies on the time and moment. Coming to the Olympics and being head star isn’t an easy feat, so we’re just trying to take it one day at a time and we’ll see.”

She said in another interview continuing in the competition wasn’t “worth it.”

“Today it’s like, you know what, no, I don’t want to do something stupid and get hurt,” she said. “And it’s just not worth it, especially when you have three amazing athletes that can step up to the plate and do it.”

The 24-year-old received support from Olympic gymnastics gold medalist Kerri Strug — who famously helped Team USA win gold at the 1996 Atlanta Olympics after she completed a vault with an injured ankle.  Strug tweeted: “Sending love to you @Simone_Biles ???-Team UNITED States of America.”

Biles has not made an announcement yet on whether or not she will return to the mat for Thursday’s all-around competition.

The U.S. placed second and won a team silver medal with remaining gymnasts Jordan Chiles (who subbed in for Biles), Suni Lee and Grace McCallum.