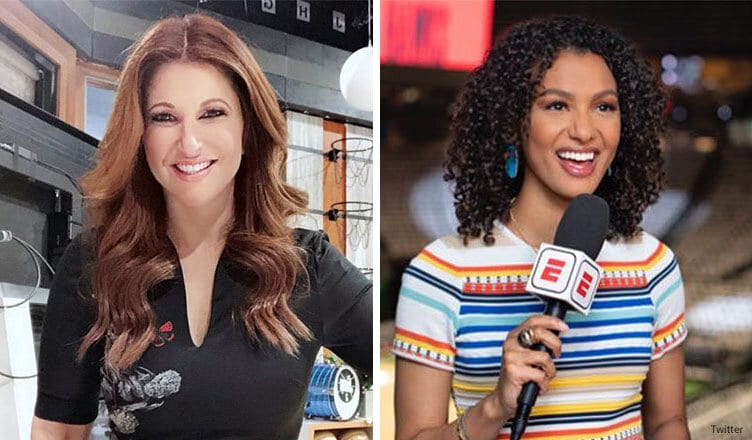 Malika Andrews is in — and Rachel Nichols is out of ESPN’s sideline coverage of the NBA finals after her controversial diversity comments, the sports network announced Tuesday.

“We believe this is the best decision for all concerned in order to keep the focus on the NBA Finals,” ESPN said in a statement just hours before tonight’s finals tipped off.

As previously reported, Nichols has been the subject of controversy after a bombshell New York Times story revealed leaked audio of her saying ESPN colleague Maria Taylor was named primary host of the network’s 2020 NBA Finals coverage because of her race.

The Jump, which Nichols hosts on the network, did not air Tuesday. A day earlier, she started the show by apologizing for her previous comments about Taylor.

“What they teach you in journalism school is ‘don’t be the story.’ And I don’t plan to break that rule today or distract from a fantastic Finals. But I also don’t want to let this moment pass without saying how much I respect, how much I value our colleagues here at ESPN. How deeply, deeply sorry I am for disappointing those I hurt, particularly Maria Taylor, and how grateful I am to be part of this outstanding team,” Nichols said in her on-air apology.

A veteran journalist who has also worked for CNN, Nichols will continue to host The Jump, the network said. Meanwhile, Maria Taylor will return as the pregame and halftime host, along with analysts Jalen Rose and Jay Williams.

Malika Andrews did not make a formal announcement about being appointed as the network’s NBA Finals reporter, she posted a behind-the-scenes video on Twitter of the Milwaukee Bucks’ Giannis Antetokounmpo warming up on the court ahead of tonight’s game against the Phoenix Suns.

Andrews joined ESPN in October 2018 as an online NBA writer and debuted on-air during the network’s coverage of the 2020 NBA bubble.

Giannis Antetokounmpo is on the floor warming up — with a protective sleeve over his injured left knee — ahead of Game 1 of the NBA Finals. He is currently listed as questionable. pic.twitter.com/Asta0ex7hq