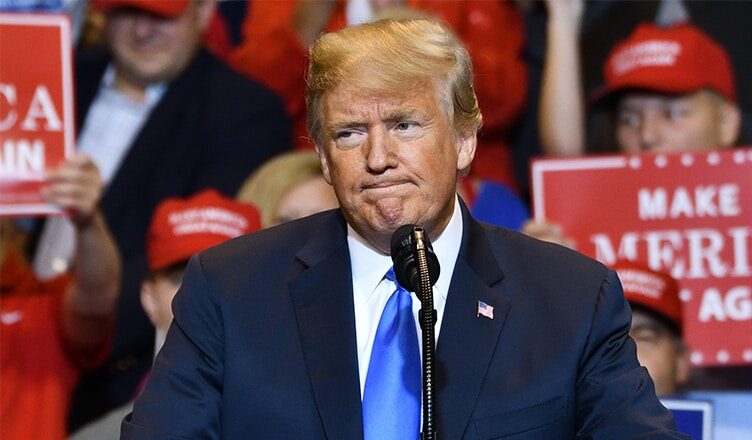 It seems readers are not interested in what Donald Trump has to say on his glorified blog.

The former president’s website — “From the Desk of Donald J. Trump” — is already kaput, a month after it went live, according to CNBC.

The website launched on May 4 to give Trump a platform to write his musings after he was banned from Facebook and Twitter following January’s deadly insurrection at the U.S. Capitol.

Now when users head to the web address for “From the Desk of Donald J. Trump,” they are re-directed to receive alerts for “exclusive” updates from Trump.

On Wednesday, Trump’s senior aide Jason Miller told CNBC the blog “will not be returning.” Miller claimed, “It was just auxiliary to the broader efforts we have and are working on.”

In a tweet, Miller hinted that the reason Trump’s website was taken offline is because the former president is joining a social platform where he is not banned.

When someone on Twitter asked if the nation’s 45th president would be resurfacing on a new platform, Miller tweeted: “Yes, actually, it is. Stay tuned!”

The Washington Post reported the real reason Trump pulled the plug on his website was because the traffic was abysmally low. An aide told the outlet the former president didn’t like that the site was being mocked and wanted to shut it down.