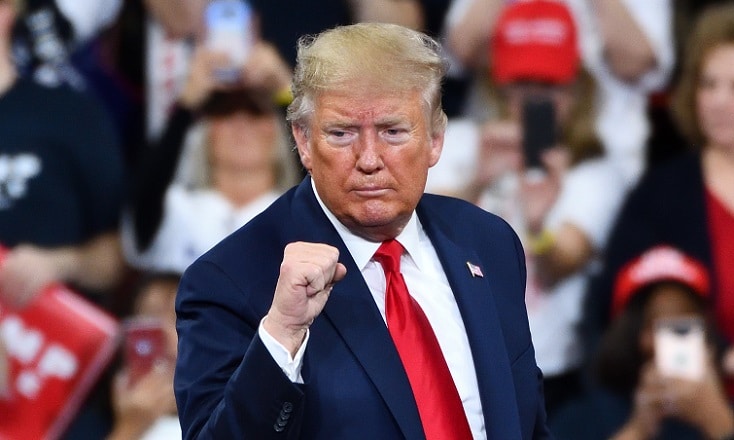 While former President Donald Trump waits to find out if he’ll be permanently banned from Facebook, he’s launched a new platform of his own.

“From the Desk of Donald J. Trump” is more of a glorified blog than a social media platform, even though Trump loyalists have been saying he planned to launch a rival to Facebook and Twitter.

The site went live Tuesday. It features an embedded video with a voiceover saying Trump was silenced by the big social media sites, but now “a beacon of freedom arises.”

The latest post reads: “Heartwarming to read new polls on big-shot warmonger Liz Cheney of the great State of Wyoming. She is so low that her only chance would be if vast numbers of people run against her which, hopefully, won’t happen. They never liked her much, but I say she’ll never run in a Wyoming election again!”

Trump is also using the site to continue his false claims that the 2020 presidential election was rigged.

For those who really care about what the ex-president has to say, they can sign up for email notifications whenever he posts something new or donate to his Save America PAC.

As previously reported, Trump was banned from Twitter and other social platforms following the deadly insurrection at the U.S. Capitol on Jan. 6.

According to published reports, Facebook’s Oversight Board will announce Wednesday morning its decision on Trump’s indefinite ban from the platform.