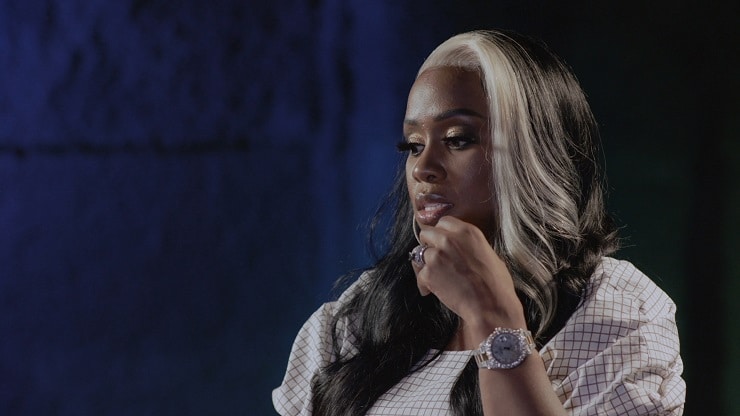 Remy Ma never thought she’d be a rapper, until an encounter with Big Pun changed everything.

The “Conceited” rapper tells all about her life, career and spending time in prison this weekend on TV One’s autobiographical series Uncensored.

In a clip from the show, Remy Ma explains how late hip-hop star Big Pun helped pave the way for her to launch a music career.

“It never, in a million years, crossed my mind that I would be a rapper,” The Bronx native admits.

But one day she came home from school and her grandmother took a call from fellow New York native Big Pun.

“I got on the phone and he was like, ‘What building did you say you live in? You live in Castle Hill, right?’ … so I go downstairs and he was in front of my building,” Remy Ma recalls.

Big Pun then made a strange request by asking her to braid his hair.

“I get in the car and he had me do these braids in his hair. ‘I was like, where are you going with these braids?’ He said, ‘I got a video shoot, you wanna come along?'” Remy Ma says she went to the set and there were celebrities everywhere.

“There’s Fat Joe. There’s J.Lo., and from there, he literally would take me to the studio every day, gave me my own song on his album. He put me on another song, and he treated me like I was his family,” she says.

Watch the clip from Uncensored below.