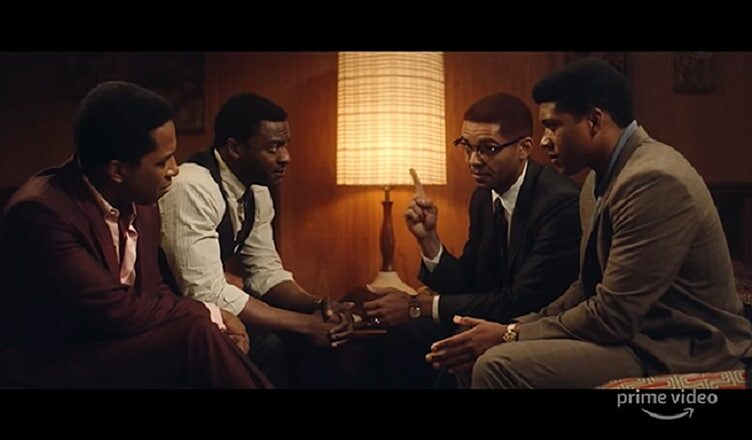 Imagine if Muhammad Ali, Malcolm X, Sam Cooke, and Jim Brown got together for one night. That’s the premise behind the new film One Night in Miami, from Oscar and Emmy-winning actress Regina King.

Amazon released the first trailer on Wednesday for King’s directorial debut. The film offers a fictional account of one night in the lives of four iconic Black men as they gather to discuss their roles in the civil rights movement in the 1960s.

One Night in Miami is based on a play of the same name by Kemp Powers, who wrote the screenplay.