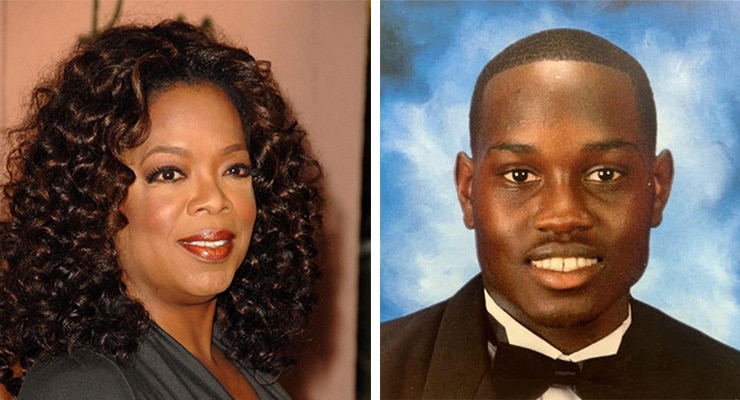 As a growing number of people around the country demand justice for the killing of Ahmaud Arbery, Oprah Winfrey called the slain Georgia man’s mother, Wanda Cooper-Jones, on what would have been his 26th birthday.

Cooper-Jones told TMZ she was stunned when she answered the phone, and Winfrey was on the other end. She said the media mogul told her she was thinking of the family and hoped they would get justice.

Arbery’s mom also said Winfrey is sending her something in the mail, but she did not know what it would be.

The next day, Winfrey posted a video on Instagram of herself, her partner Stedman Graham, and others walking 2.26 miles in honor of Arbery’s 26th birthday.

“He went out for a jog while being Black. I wonder what was he thinking in those last seconds of his life? Unimaginable to go for a run in 2020 and end up dead because of the color of your skin,” Winfrey said in the video’s caption. “I spoke with his mom Wanda yesterday who says she feels better now that the two men have finally been arrested. But they were only arrested because WE saw the video.”

Today would’ve been Ahmaud Arbery’s 26th birthday. But he’s not here to celebrate because he was senselessly shot and killed doing something to make his life healthier and stronger. He went out for a jog while being Black. I wonder what was he thinking in those last seconds of his life? Unimaginable to go for a run in 2020 and end up dead because of the color of your skin. I spoke with his mom Wanda yesterday who says she feels better now that the two men have finally been arrested. But they were only arrested because WE saw the video. Today people everywhere walked 2.23 miles in the name of Ahmaud and justice. We did 2.26 in honor of his 26th birthday ?? #IRunWithMaud

Arbery, who was Black, was fatally shot Feb. 23 by two white men who told police they chased him because they believed he matched the description of a burglary suspect in their neighborhood.

Gregory McMichael, 64, and his son Travis McMichael, 34, were arrested on murder and aggravated assault charges more than two months after the shooting. In addition to the local counts, federal prosecutors are considering hate crime charges.

View all posts by Urbanhollywood411 →