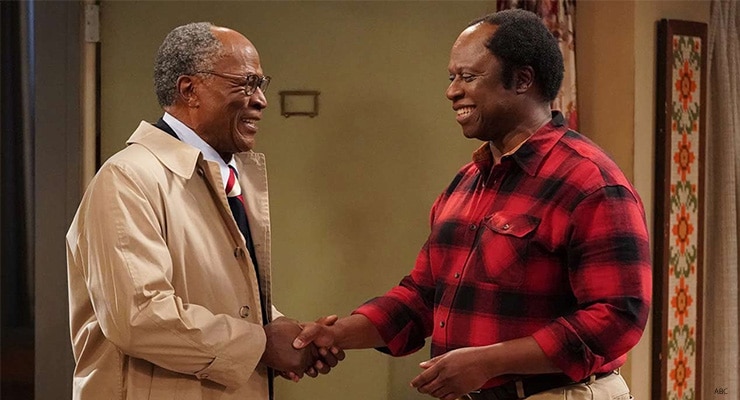 Hosts Norman Lear and Jimmy Kimmel kicked things off by introducing a re-creation of a 1975 episode of Good Times titled “The Politicians.” Kimmel noted that no changes were made to the script.

The storyline centered on a divided Evans family as they faced off over the candidates in a local political race – a fitting theme on the night President Donald Trump was impeached by a divided House of Representatives.

Kimmel mentioned the political theater playing out in Washington and warned the audience that the special could potentially be interrupted by breaking news.

Once it was time to start the show, Patti LaBelle and Anthony Anderson belted out the iconic Good Times theme song with backing from a gospel choir.

The actors turned in impressive performances, although a few of them briefly flubbed their lines. The low point of the night was SNL alum Jay Pharoah’s over-the-top performance as J.J., which was far from dy-no-mite.

The highlight of the remake came when Braugher opened the front door, and in walked John Amos, who played James Evans, Sr. on the first three seasons of Good Times.

The appearance by Amos was even more remarkable, considering he was fired from the show over creative differences with Lear and the writers.

Amos was the only original cast member with a role on the remake.

The remake was followed by a re-creation of an episode of All in the Family titled “The Draft Dodger,” that saw Woody Harrelson, Marisa Tomei, Ike Barinholtz, and Ellie Kemper reprise their respective roles as Archie Bunker, Edith Bunker, Mike “Meathead” Stivic, and Gloria Stivic.