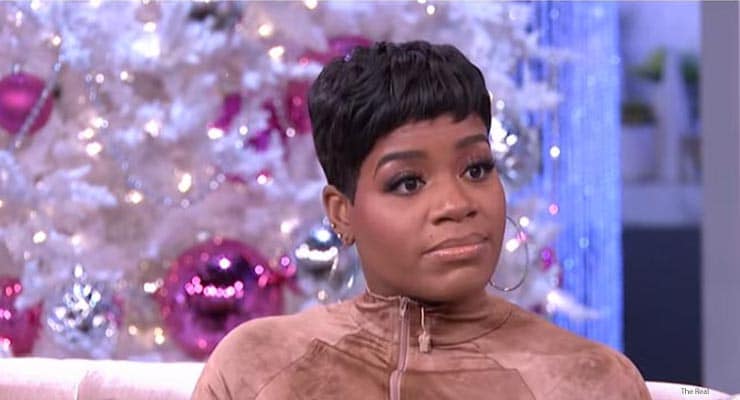 Fantasia stopped by The Real on Tuesday and got candid about releasing her new album independently, giving up touring and the one thing she would “do over” if she could go back in time.

Asked why she recently told fans her Sketchbook Tour will be her last, the season 3 American Idol winner said she wants to focus on her family.

Loni Love then told the “Free Yourself” singer she’s going to miss the stage.

“I’m still going to hit the stage,” Fantasia responded. “Just not every night.”

Fantasia, 35, also explained why she decided to release her latest album Sketchbook independently.

“It’s independent, so that means I was able to do what I wanted to do,” the Grammy winner said.

“No shade to the labels, but a lot of times when you are gifted, people will prostitute your gift, meaning they will tell you what to sing, how to sing it, and so after going through all that I went through, I just figured, ‘I’m not going to allow anybody to tell me,'” she continued. “He’s the gift giver. He gave me the gift, I know how I want to do it, so I’m going to do it independently.”

At another point in the interview Adrienne Bailon asked Fantasia what she would “do over” if she could go back in time. The singer said she regrets trying to take her own life.

“When I tried to just get away from the world. Some would say ‘commit suicide.’ I didn’t think it was me trying to kill myself. I just wanted to be away from all the noise. If I could do that over, I would,” she said.

View all posts by Urbanhollywood411 →