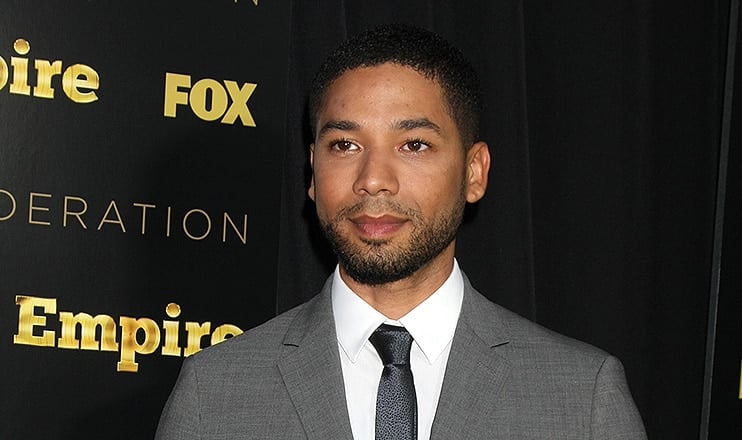 Empire actor Jussie Smollett was hospitalized early Tuesday morning in Chicago after a “possible hate crime,” according to the Chicago Police Department.

Smollett, 36, was walking down the street when “two unknown offenders approached him and gained his attention by yelling out racial and homophobic slurs towards him,” Chicago police said in a statement to Urban Hollywood 411. “The offenders began to batter the victim with their hands about the face and poured an unknown chemical substance on the victim.”

At one point, the suspects “wrapped a rope around” Smollett’s neck, police said. The incident happened in the 300 block of E. North Lower Water Street.

The offenders fled the scene and the actor “self-transported” to Northwestern Hospital, where he is in good condition.

“Given the severity of the allegations, we are taking this investigation very seriously and treating it as a possible hate crime,” police said. “Detectives are currently working to gather video, identify potential witnesses and establish an investigative timeline.”

Smollett wrote on Instagram Monday night that he had just arrived in Chicago “after spending 7 hours on a plane for a 2 hour flight.”

The actor is fully cooperating, and investigators are asking the public to come forward with information about the incident. Tips can be reported to Area Central Detectives at 312-747-8382 or report it anonymously to www.cpdtip.com.

Fox, which airs Empire, released a statement about the attack saying it was “outraged” and will work with police to bring the perpetrators to justice.

“We are deeply saddened and outraged to learn that a member of our EMPIRE family, Jussie Smollett, was viciously attacked last night. We send our love to Jussie, who is resilient and strong, and we will work with law enforcement to bring these perpetrators to justice,” 20th Century Fox Television and Fox Entertainment said in a statement.

According to That Grape Juice, which first reported the incident, the openly gay, African-American actor received a threatening letter days before the attack that said, “You will die black f-g.”

By Frances Price / November 16, 2021 / 0 Comments
DJ Cassidy will mark the 2021 Soul Train Awards with a special edition of  "Pass the Mic" featuring music stars from the 1970s and '80s. In celebration of the award show's 50th anniversary, "DJ Cassidy's Pass The Mic: BET Soul...
%d bloggers like this: